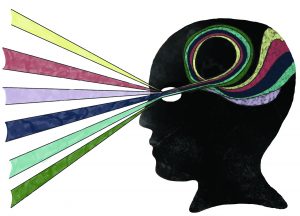 Archetypes, by definition, are characters defined by their plot function, such as the protagonist, who is trying to achieve a goal, and the antagonist who is trying to stop him. All of the archetypes have a counterpart whose approaches are opposite one another. For example, there is a Reason character who tries to solve plot problem with logic, while the Emotion archetype hopes to succeed through passion.

Stereotypes, on the other hand, are collections of personality traits, such as a Nerd or a Bully. So you can think of archetypes as the underlying psychology of a character, and stereotypes are the personalities that are built on top of that psychology.

For example, a protagonist could be a bully or a nerd. And so could an antagonist or a reason archetype or an emotional archetype. It is the archetypal function that determines what a character will do in the plot and the stereotype personality that determine how they will act while they do it.

In this way, composite characters reflect everyone we encounter in real life. We identify them emotionally by their personalities, and classify them logically by the roles they play.

By observing how each archetype fares in the effort to resolve the story’s issues (which extend far beyond simply achieving a goal), we learn the author’s message about how to achieve satisfaction and fulfillment for ourselves.

This entry was posted in Archetypes. Bookmark the permalink.