Click on the image below to hear episode 2 in this rare recording of a weekend seminar by Dramatica Theory of Story co-creators Melanie Anne Phillips and Chris Huntley in the mid-1990’s just after Dramatica was made public for the first time. 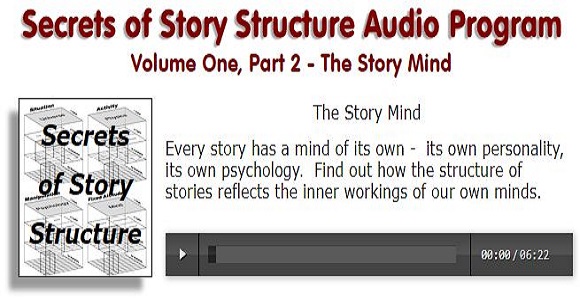 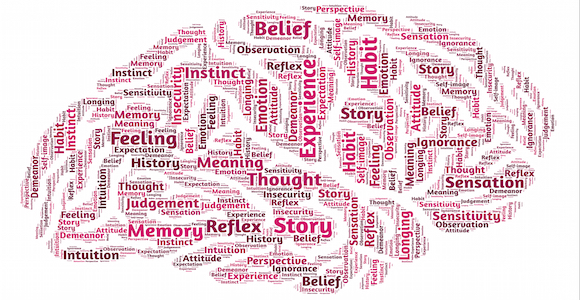 The Story Mind concept is a way of visualizing story structure that sees every story as having a mind of its own and the characters within it as facets of that overall mind.  So, one character represents the Intellect of the Story Mind and another functions as its Skepticism, for example.

Of course, this is just at a structural level – the mechanics of the story.  Naturally, characters also have to be real people in their own right so the readers or audience can identify with them.

But, structurally, the archetypes we see in stories are very like the basic mental attributes we all possess, made tangible as avatars of the Story Mind’s thought processes.

Well, that’s a pretty radical concept.  So before asking any writer to invest his or her time in a concept as different as the Story Mind, it is only fair to provide an explanation of why such a thing should exist. To do this, let us look briefly into the nature of communication between an author and an audience and see if there is supporting evidence to suggest that character archetypes are facets of a greater Story Mind.

When an author tells a tale, he simply describes a series of events that both makes sense and feels right. As long as there are no breaks in the logic and no mis-steps in the emotional progression, the structure of the tale is sound.

The Story Mind concept is drawn from the Dramatica Theory of Story Structure.  Learn more about Dramatica at Storymind.com

Learn more about the Story Mind

Part 2 of our 113 part video series on story structure

Download this video, audio or view on our web site at http://storymind.com/page104.htm

Whether a Main Character eventually changes his nature or remains steadfast, he will still grow over the course of the story. This growth has a direction. Either he will grow into something (Start) or grow out of something (Stop).change in nature. He grows in his resolve to remain unchanged. He can grow by holding out against something that is increasingly bad while waiting for it to Stop

As an example we can look to Scrooge from Charles Dickens’ A Christmas Carol. Does Scrooge need to change because he is excessively miserly (Stop), or because he lacks generosity (Start)? In the Dickens’ story it is clear that Scrooge’s problems stem from his passive lack of compassion, not from his active greed. It is not that he is on the attack, but that he does not actively seek to help others. So, according to the way Charles Dickens told the story, Scrooge needs to Start being generous, rather than Stop being miserly.

A Steadfast Main Character’s make up, in contrast, does not change. Still, he will grow by holding out for something in his environment to Start or to Stop. Either way, the change appears somewhere in his environment instead of in him.