For you Dramatica Theory Hounds, here are a couple of cryptic illustrations I jotted down as part of the ongoing extension of the Dramatica theory.

What do they mean? They are all part of an attempt to more thoughoughly define the four Super Classes and their smaller components. What are Super Classes? Think of the entire Dramatica model as it currently exists and then imagine that whole model is just one element in a quad of four such similar models. The current version and each of its family members in that overarching quad are all considered “Super Classes” because each contains four Classes.

By way of interest, each Super Class and the quad family that contains all four is aligned in a K-based bias to maintain the consistent bias established in the first Super Class developed – the now familiar Dramatica “Rubik’s Cube.” 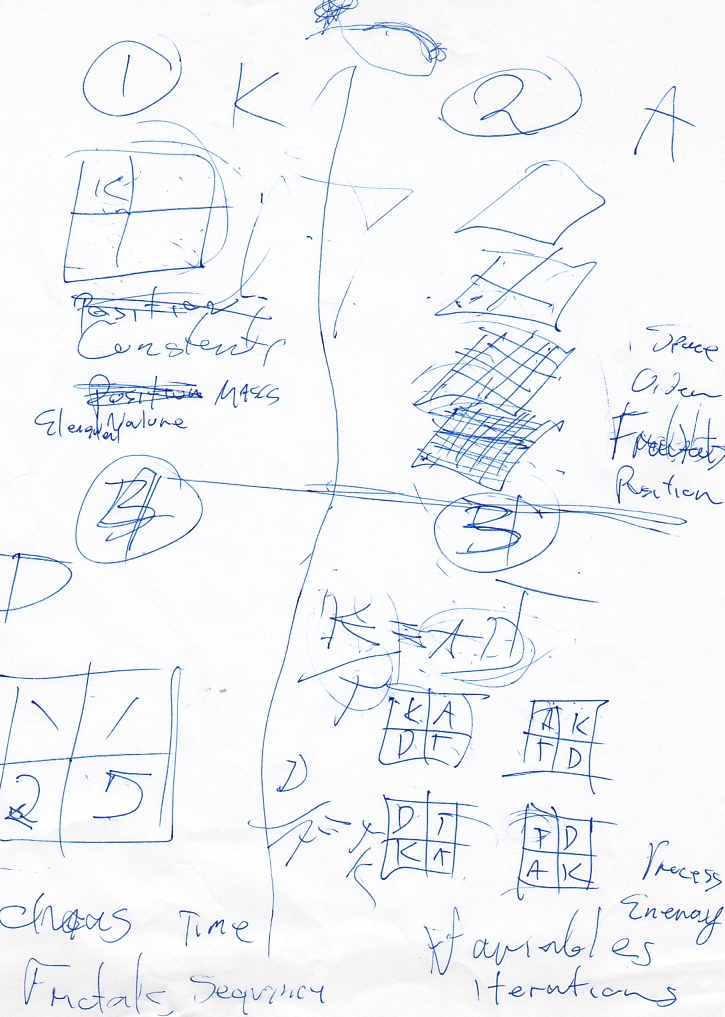 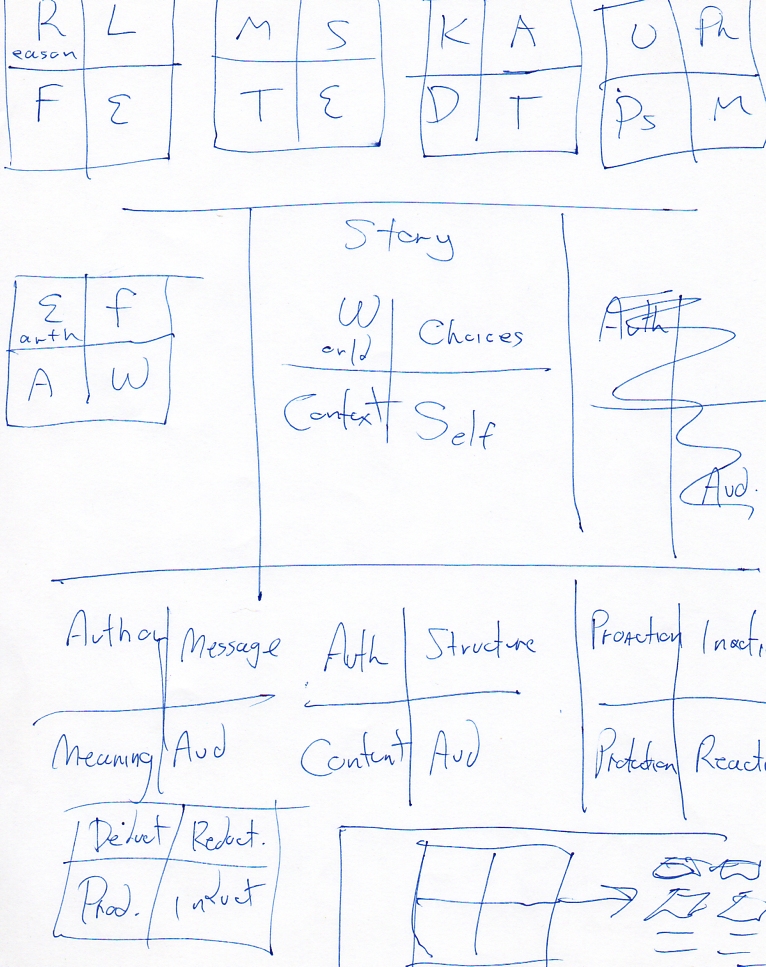