Characters: The Attributes of Age 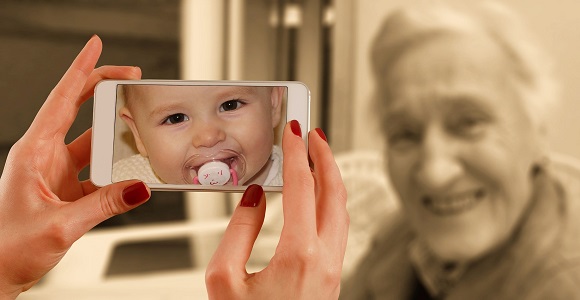 Some writers tend to create characters that are more or less the same age as themselves. Other writers populate their stories with characters of all ages but have them all act as if they are the same age as the author.  On the one hand, this follows the old adage that one should write about what one knows.  But on the other hand, while such characters may function well enough, somehow they don’t ring true.

In real life, we encounter people of all ages in most situations.  And while every individual is unique, there are certain attributes common to broad age groups that need to be built into your characters if they are come across as real people.

In this writing tip we’re going to uncover a variety of traits that bear on an accurate portrayal of age, and even offer the opportunity to explore seldom-depicted human issues associated with age, be it young or old.

People in general, and writers in particular, tend to stereotype the attributes of age more than just about any other character trait. These broad stroke qualities include the physical aspects of age, ranging from size, smoothness of skin, strength and mobility to the various ailments associated with our progress through life as well as the mental and emotional qualities that we expect to find at various junctures.

While these may be accurate in general, they are all rather superficial.  In reality, the process of aging involves quite a number of subtle components that need to be woven into a character’s tapestry for them to take on the human quality of the people we know and love (or hate) in our own lives.

Before examining any specific age-related traits, it is important to note the difference between anatomical and chronological age. Anatomical age is the condition of your body whereas chronological age is the actual number of years you’ve been around. For example, if you are thirty years old, but all worn out and genetically biased to age prematurely, you might look more akin to what people would expect of a fifty year old. Nonetheless, you wouldn’t have the same interests in music or direct knowledge of the popular culture as someone who was actually fifty years old.

When describing a character, you might choose to play off your readers’ expectations by letting them assume the physical condition, based on your description of age. Or, you might wish to create some additional interest in your character by describing him as “A middle-aged man so fit and healthy, he was still “carded” whenever he vacationed in Vegas.” Such a description adds an element of interest and immediately sets your character out at an individual.

Far too often, characters speak in the same generic conversational language we hear on television.  In other words, characters speak as if they all think alike, even if they were brought up in completely different eras. But aging is an ongoing evolution of culture, rooting the individual into thought patterns of his or her formative hears, and tempered (to some degree) by the ongoing cultural indoctrination of a social lifestyle.

For example, my grandmother was born in 1902 and lived to see the coming of electricity in her home, the first airplanes and cars, the first radio programs, two world wars, suffrage, prohibition, home computers, man on the moon, and color TV.  Society changed, culture changed; science, industry, medicine, politics, and entertainment changed.  An though my grandmother still had roots to her childhood, all these innovations and alterations were part of her essence as well.

Characters, therefore, tend to pick up a basic vocabulary reflective of both their early identity AND their current world. For example, a black man who fought for civil rights along side Dr. Martin Luther King, would not be using the exact same jargon ad a black man advancing the cause of rights today. And neither of these would use the same vocabulary as a young black man in the center city, trying to find his way out through education.   And yet, some of what they say will be nearly identical in content and even in terms of buzz words, as it is the current topic, but the context, perspective, references and specific jargon cannot help but be tempered by their eras of their lives.

Sure, we all learn to drop some of the more dated terms and expletives of our youth in order to appear “hip” or “with it,” but in the end we either sound silly trying to use the new ones, or avoid them altogether, leaving us bland and un-passionate in our conversation. Both of these approaches can be depicted in your characters as well, and can provide a great deal of information about the kind of mind your character possesses.

Speaking of characters’ minds, we all have a culturally created filter that focuses our attention on some things, and blinds us to (or diminishes) others. Sometimes, this is built into the language itself. When it is hot, the Spanish say, “hace calor” (it makes heat). This phrasing is due to the underlying beliefs of the people who developed that language that see every object, even those that are inanimate, as possessing a spirit. So, when it is hot, this is not a mindless state of affairs due to meteorological conditions, but rather to the intent of the spirit of the weather. Of course, if you were to ask a modern Spanish speaking person if they believed in such a thing, you would likely receive a negative reply. And yet, because this concept permeates the language (such making everyday items masculine or feminine), it cannot help but alter the way native speakers of the language will frame their thoughts.

As another example, the Japanese population of world war two was indoctrinated in the culture of honor, duty, and putting the needs of society above those of the individual. Although most countries foster this view, in war-time Japan, it was carried to the extreme, resulting in an effective Kamikaze force, and also in whole units that chose a suicidal charge against oncoming forces, rather than to be humiliated by defeat or capture.

Corporate Japan was built around these Samurai ideals, and workers commonly perceived themselves as existing to serve their companies with loyalty and unquestioning obedience. But when the economy faltered, those who expected to remain with their companies for life were laid off, or even permanently fired. This led to a disillusionment of the “group first” mentality, especially among the young, who had not yet become settled in their beliefs. So, today, there is still a gap between the old-guard corporate executives, and the millions of teenagers to whom they market. Age, in this case, creates a significant difference in the way the world looks.

Continuing with the notion of generation gaps, I grew up when the rallying cry was “Don’t trust anyone over 30.” Of course, now we’re all in our  sixties, so we are forced to admit that we, ourselves, have in fact become “the Establishment.”

But that is what is visible and obvious to us. The real difference between my generation and the post Yuppie, post GenX, GenY, Gen? Millennial Generation is far more foundational. In conversations with my daughter some years ago, I discovered that while I see myself on the other side of the generation gap, she does not perceive a gap at all! This is due to in part to the plethora of high-quality recorded programs, which capture so many fine performances and presentations from decades ago when the artists and great thinkers were in their prime. We live in a TV Land universe in which no great works ever die; they are just reborn in streaming media.

In summary then, the age in which you establish your worldview will determine how you perceive current events for the rest of your life. When creating characters of any particular age, you would do well to consider the cultural landscape that was prevalent when each character was indoctrinated.

We all share the same human emotional needs. And we each experience moments that fulfill those needs. Those experiences become fond memories, and many of the trappings of those experiences become comfort symbols. In later life, we seek out those symbols to trigger the re-experiencing of the cherished moments. Perhaps your family served a particular food in your childhood that you associate with warmth and love. For example, my mother grew up during the Great Depression in the 1930s. Her family was often short of food. So, as a snack, they would give her a piece of bread spread with lard and mustard! Now the thought very nearly sickens me, but she often yearned for that flavor again, as it reminded her of the love she received as a child.

Once we have locked into symbols that we can use to trigger emotional experiences, we seldom need to replace them. They are our comfort symbols upon which we can always rely. This has two effects as we age: One, we latch on to performers and music, as an example, that age along with us. We recall them at their prime when we first encountered them, and also have spent years aging along with them. This leads us to suddenly wake up one day and realize we no longer know who they are referring to in popular culture magazines and entertainment reporting televisions shows. In other words, the popular culture has passed us by. Two, we see many of our symbols (favorite advertising campaigns, a restaurant where we went on our first date, etc.) vanish as they are replaced with new and current concerns. So, the world around us seems less relevant, less familiar, and less comfortable, just as we seem to the world at large.

When creating characters, take into account the potential ongoing and growing sense of loss, sadness, and connection between characters and their environment. And don’t think this is a problem only for the elderly. My  son laments that there are kids growing up today who never knew a world without personal computers! He says it makes him feel old.

Babies have a soft spot on their heads that doesn’t harden up for quite a while after birth. Cartilage wears out. Teens in puberty have raging hormones. Young kids grow so fast that they don’t have a chance to get used to the size and strength of their bodies before they have changed again, not unlike trying to drive a new and different car every day. I can’t remember the last time I ran full-tilt. I’m not sure it would be safe, today! Point is, our bodies are always changing. Sometimes the state we are in has positive and/or negative qualities – other times the changing itself is positive or negative.

When creating characters, give some thought to the physical attributes and detriments of any given age, and consider how they not only affect the abilities and mannerisms of your characters, but their mental and emotional baselines as well.

Sure, we could go on and on exploring specifics of age and aging, but since it is an omnipresent human condition, it touches virtually every human experience and endeavor. The point here is not to completely cover the subject, but to encourage you to consider it when creating each of your characters. It isn’t enough to simply describe a character as “a middle-aged man,” or “a perky 8 year old girl.” You owe it to your characters and to your readers or audience to incorporate the aging experience into your characters’ development, for it is inexorably integrated into our own.

This entry was posted in Creative Writing. Bookmark the permalink.