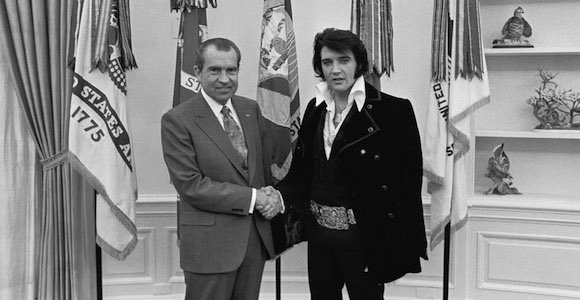 If you already have a story idea, it is a simple matter to create a whole cast of characters that will grow out of your plot. In this lesson we’re going to lay out a method of developing characters from a thumbnail sketch of what your story is about.

The most concise way to describe the key elements of a story is with a “Thumbnail Sketch.” This is simply a short line or two, less than a paragraph, that gets right to the heart of the matter. You see them all the time in TV Guide listings and in the short descriptions that show up on cable or satellite television program information.

A thumbnail sketch of The Matrix, for example, might read, “A computer hacker discovers that the world we know is really just a huge computer program. He is freed from the program by a group of rebels intent on destroying the system, and ultimately joins them as their most powerful cyber warrior.”

Clearly, there is a lot more to the finished movie than that, but the thumbnail sketch provides enough information to get a good feel for what the story is about. Generally, such a description contains information about the plot, since the audience will choose what they want to watch on the kind of things they expect to happen in a story. If it is an action story, there may be no mention of characters at all as in, “A giant meteor threatens to demolish the earth.” If it is a love story, there may be little plot but several characters, as in, “A young Amish girl falls in love with a traveling salesman. Her father and his chosen match for her oppose the romance, but her free-minded mother and exiled aunt encourage her.”

Whether or not characters are specifically mentioned in a thumbnail sketch, they are always at least inferred. For your own story, then, the first step is to come up with a short description like those used as illustrations above. For the purposes of this lesson, we’ll propose the following hypothetical story to use as an example:

Suppose our story is described as the tribulations of a town Marshall trying to fend off a gang of outlaws who bleed the town dry.

The only explicitly called for characters are the Marshall and the gang. So, we’ll list them as required characters of the story. Certainly you could tell a story with just those characters, but it might seem a little under-populated. Realistically, you’d expect the gang to have a leader and the town to have a mayor. The Marshall might have a deputy. And, if the town is being bled dry, then some businessmen and shopkeepers would be in order as well. So the second stage of the process is to step a bit beyond what is actually written and to slightly enlarge the dramatic world described to include secondary and support characters too.
The Usual Characters

Range a little wider now, and list some characters that aren’t necessarily expected, but wouldn’t seem particularly out of place in such a story.

Now, let yourself go a bit and list a number of characters that would seem somewhat out of place, but still explainable, in such a story.

Adding one or two somewhat unexpected characters to a story can liven up the cast and make it seem original, rather than predictable.

Finally, pull out all the stops and list some completely inappropriate characters that would take a heap of explaining to your reader/audience if they showed up in your story.

Although you’ll likely discard most of these characters, just the process of coming up with them can lead to new ideas and directions for your story.

For example, the town Marshall might become more interesting if he was a history buff, specifically reading about the Roman Empire. In his first run-in with the gang, he is knocked out cold with a concussion. For the rest of the story, he keeps imagining the Ghost of Julius Caesar, giving him unwanted advice.

Now, you assemble all the characters you have proposed for your story so far, be they Expected, Usual, Unusual, or Outlandish.

The task at hand is to weed out of this list of prospective characters all the ones we are sure we don’t want in our story. At first blush, this might seem easy, but before you make hasty decisions, keep in mind the use we came up with for Caesar’s Ghost. Consider: How might traveling acrobats be employed dramatically? As a place for the marshal to hide in greasepaint when the gang temporarily takes over the town? Or how about if the school teacher befriends them, and then employs their aid in busting the deputy out of jail when he falls under the gang’s control?

How about Ulysses S. Grant showing up on his way to a meeting with the governor, and the gang members must impersonate honest town’s folk until he and his armed cavalry escort have departed? Could make for a very tense or a very funny scene, depending on how you play it.

Try to put each of these characters in juxtaposition with each of the others, at least as a mental exercise, to see if any kind of chemistry boils up between them. In this way, you may find that some of the least likely characters on your initial consideration turn out to be almost indispensable to the development of your story!

A Word About Plot…

You may not have noticed, but a lot of what we have just done with characters has had the added benefit of developing whole sequences of events, series of interactions, and additional plot lines. In fact, working with characters in this way often does as much for your story’s plot as it does in the creation of characters themselves.

Hence, it is never too early to work with characters. As soon as you have an initial story idea, no matter how lacking in detail or thinly developed it may be, it can pay to work with your characters as a means of adding to your plot!

Study Exercises: Squeezing Characters out of the Thumbnail Sketch

1. Open a TV Listing Guide or view some descriptions on your cable or satellite guide.

2. Pick 3 descriptions from movies you know and list the explicitly called for characters.

4. Pick 3 descriptions from movies you don’t know and list the explicitly called for characters.

6. Watch each of the three movies you hadn’t seen and see how your proposed characters compare to what was actually done.

7. Consider that you might write your own story based on the description with the characters you created and have it be so different from the actual movie that it has become your own story! (This is also a handy trick for coming up with your own original story ideas based on the hundreds of descriptions available each week. More than likely, your creative concepts will be nothing like the movie the description was portraying!)

1. Write a thumbnail sketch for a story you wish to develop.

3. Come up with some additional supporting “usual” characters.

4. Be a bit creative and propose some unusual characters.

5. Let yourself loose and devise some outlandish characters.

7. Use the scenarios created by your character interactions to expand your story’s plot.