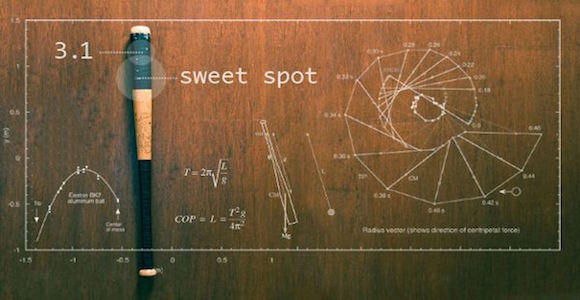 Got a new kitten two days ago. Vet said that it needed two vaccinations – Distemper and Leukemia. The used to give them two weeks apart so they wouldn’t interfere with each other. But, they discovered they also didn’t interfere if you gave them both at the same time. But if they were given at different times closer than two weeks together, they’d interfere.

Imagine that! Two processes, one for the Distemper vaccination reaction and the other for Leukemia. Two processes that need to be separated or simultaneous or they interfere…. Nodal points in time the same way we get standing waves in space. Peaks and valleys and slopes of different steepness all around.

Consider harmonics in music or in vibrations. Two different frequencies and combine as fractional harmonics at different points – sevenths, fifths, thirds, and others can create dissonance. It is why music can pass through discordant moments on the way to another conjunction that satisfies, or why a song that ends discordantly creates an unsettled mood.

Think of dramatics – rising tension, trials one must overcome, tragic endings vs. triumphant ones. Embrace the chemistry of characters as processes that mesh in repetitive undulations or clash in perpetual static.

In the real world, such oscillations can lead to bridges that shimmy until they collapse. In electronics, the relationship between the components of a circuit and the metal box that holds them can create a phantom capacitor between the two, which in turn becomes part of the circuit and even appears in the schematic as such.

In Dramatica, story points (such as Goal, Main Character Problem, and Benchmark) are all spatial story points – sweet spots in space that represent the harmonic conjunction of point of view and item being observed. Consider – the Dramatica chart is a periodic table of story elements, but not story points. Each element is an item that might be examined, such as Memory or Hope or Conscience.

These elements are not objects but processes. For example, “Hope” is not really a thing but rather the process of “Hoping.” And so we see that the Dramatica chart categorizes these processes of the mind into families and sub-families, just like the periodic table of elements in Chemistry or Physics.

But when one of these items is seen as a Goal (such as a Goal of Memory, which might be trying to remember or trying to forget) suddenly we are looking at it from a particular point of view – as the story’s Goal. This contextualizes the process element by combining its nature with how it is being perceived. This blending of object and observer, item under study and pint of view – this creates perspective. And perspective is a nodal point – a spatial sweet spot.

Think now of Dramatica’s story dynamics – Change or Steadfast, Linear or Holistic, Start or Stop, Action or Decision to name a few. These are nodal points in the temporal flow: sweet spots in time. Each represents a point at which the processes and forces in the progression of a narrative combine in conjunction and define the nature and direction of the resultant vector of the dramatics. Each define a wave form and together define the complex wave form of a narrative’s dynamic fabric.

Looking forward – we know that there must be as many temporal or dynamic story points as there are spatial or structural story points. We just haven’t identified them all yet, save the eight that are currently in the Dramatica model. (Eight are the minimum requirement to align structure and dynamics so that the spatial structure and temporal progression of a story can be tied to one another – meaning tied to the order of events – change the order of events and the meaning changes, change the meaning and the order of events must change, just like a given pattern of a Rubik’s Cube require a certain sequence of moves to achieve it.

Therefore, these dynamic or temporal story points – these nodal points in the confluence of processes – these nexuses of convergent waveforms – these sweet spots in time – are out there, waiting to be discovered. This is part and parcel of my ongoing work in identifying and documenting the process elements in a model of narrative dynamics – the other side of the Dramatica coin – the side that represents the passion of story, rather than its logic, the ebb and flow of dramatics, rather than their structure – the waves to Dramatica’s particles, with the entire combined model forming the predictive interface between the two.

Much like signposts and journeys enable the translation of narrative meaning to narrative sequence, such a model would hold insight into the relationship between time and space, the smallest sub-atomic particles and the world of quantum theory across that bridge from matter to probability.

All made possible because of a new kitten in conjunction with a random bit of information about the functioning of vaccinations.

And that, children, is how new theory is created.