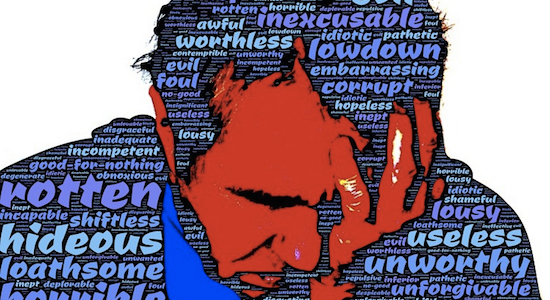 In the classes I teach on story structure we often point to Clarice Starling (Jody Foster) in “Silence of the Lambs” as a great example of a Success/Bad story in which the goal (save the senator’s daughter from Buffalo Bill) is achieved, but the personal angst of not being able to save that spring lamb remains, as evidenced by Lecter’s final conversation with Starling over the phone in which he asks, “Are the lambs still screaming?” Her silence in response (plus the somber soundtrack music even though this he graduation from the academy) both indicate she is still holding on to that angst.

We usually leave it there, having served our purpose of illustrating what Success/Bad means. Sometimes we go on to say that the reason she is trying to save all these people today – the reason she got into law enforcement (besides the fact her father was a sheriff) was because she can’t let go of that one lamb she couldn’t save and keeps trying to make up for it.

But now I’m thinking that while that may be true in an objective sense, nobody would carry that weight in their heart and act out that way for those reasons alone. You’d see it, you’d understand it and move on.

Rather, I think the reason she does what she does is not to make up for that lamb but to avoid having to carry another similar sense of loss. So every extraordinary effort – even to the extent of putting herself at risk of death – is to keep from adding one more victim to the pain or failure she already carries.

It would seem, then, counter-intuitive to put oneself in a profession where the risk of failure in the exact same subject matter area as your angst. But consider – most of us need to pay penance when we feel we have screwed up. The risk of hurting herself emotionally even more by her choice of profession, therefore, is penance for the first lamb she lost, while the extra-human effort she puts into each case is the attempt to avoid adding another instance to the pain she already carries.

Pretty screwed up, really, but in actuality the only way a mind, a heart, can make up for failing another in a way that can’t be fixed is to try to help others in a similar way. But then the risk of failure is omnipresent, so we give up a life of our own to excel enough to avoid another failure.

It is a never ending cycle of emotional self-flagellation: trying to make up for the failure by putting oneself in the situation most likely to create a repeat, then devoting one’s life to trying to avoid the failure and thereby punishing oneself for the original failure. That’s how we think and how we feel.

Of course, the only way out of this vicious circle is to accept the original failure, call it a clean slate, and move on. But who can easily do that, and how?

The answer is that no one can easily do that – not by ourselves.  We need to be shown the way.  And that is the real purpose and power of stories, to show us the way – either by illustrating how to resolve our angst or by providing an example of what not to do.

And how do stories do this?  And how can we fashion such stories or perhaps even apply what we learn to our own lives?

Here’s a link to a few of my articles on overcoming angst in stories and ourselves:

The Process of Justification