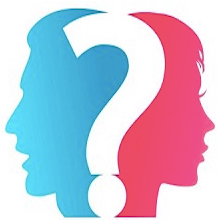 Check out our new audio program:

This three-hour audio program in mp3 (download and/or play online) explores one of the most crucial aspects of narrative structure that reflects not only in characters, but in each of us as well.

Mental Sex, Characters and You explores the nature and impact of gender-based thinking on stories and on ourselves. You’ll learn about the reasons for fundamental innate differences in the underpinnings of our male and female minds, and how we can benefit from recognizing our inherent mental abilities and compensate for gender-related areas of distraction, unclarity, bias.

You’ll discover the pathways of rationalization and justification that differ between the mental sexes and how to recognize, compensate for, play into, and manipulate each mental sex, no matter which mental sex you are!

This program was recorded live at a once-only presentation by Dramatica co-creators Melanie Anne Phillips and Chris Huntley, based on their theories of narrative structure. Interestingly, the Mental Sex concept emerged when Phillips & Huntley discovered that the underlying mechanism of stories was significantly altered depending upon whether the main character was of a male or female mind. While the same considerations were made by each, the order in which they were explored and the relative significance of the results was functionally different.

In this program, you’ll get a range of insights on story structure, character, real people, society, and even yourself! There is no other explanation of the differences between male and female thinking as fully developed, as precisely defined and organized, and as completely argued, from a rock solid foundation to startling high-level conclusions.

Order today and expand your understanding of story structure, characters, the people in your life, and yourself!