The Four Throughlines in To Kill A Mockingbird 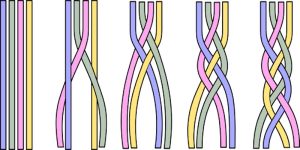 This entry was posted in Message. Bookmark the permalink.