Some stories are driven by actions.  Others are forced along by decisions.  All stories have some degree of both.  This question determines which one “triggers” the other, but does not determine the ratio between the two.

THEORY:  Action or Decision describes how the story is driven forward.  The question is: Do Actions precipitate Decisions or vice versa?

The Action/Decision relationship will repeat throughout the story.  In an Action story, decisions will seem to resolve the problem until another action gets things going again.  Decision stories work the same way.  Actions will get everything in line until another decision breaks it all up again.

Similarly, at the end of a story there will be an essential need for an action to be taken or a decision to be made.  Both will occur, but one of them will be the roadblock that must be removed in order to enable the other.

Whether Actions or Decisions move your story forward, the Story Driver will be seen in the instigating and concluding events, forming bookends around the dramatics.

USAGE:  The choice of Driver does not have to reflect the nature of the Main Character.  In fact, some very interesting dramatic potentials can be created when the Story Driver and the Main Character Approach do not match.

For example, a Main Character who is a Do-er forced to handle a decision-type problem would find himself at a loss for the experience and tools he needs to do the job.  Similarly, a deliberating Main Character who is a Be-er would find himself whipped into a turmoil if forced to resolve a problem requiring action.  These mixed stories appear everywhere from tragedy to comedy and can add an extra dimension to an otherwise one-sided argument.

Do Actions precipitate Decisions, or do Decisions precipitate Actions?  Since a story has both, it is really an issue of which comes first: chicken or egg?  In the context of a single story, there is a real answer to this question.  As an author, you can decide which it will be. 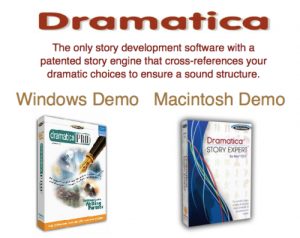