When we shift context to create a different message , the structure remains the same, but our appreciation of it changes. This can be seen very clearly in a Twilight Zone episode entitled, Invaders, in which Agnes Moorhead plays a lady alone on a farm besieged by aliens from another world. The aliens in question are only six inches tall, wear odd space suits and attack the simple country woman with space age weapons. Nearly defeated, she finally musters the strength to overcome the little demons, and smashes their miniature flying saucer. On its side we see the American Flag, the letters U.S.A. and hear the last broadcast of the landing team saying they have been slaughtered by a giant. Now, the structure didn’t change, but our sympathies sure did, which was the purpose of the piece.

In Paperback or for your Kindle 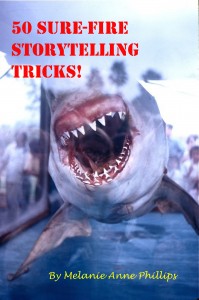 This entry was posted in Storytelling. Bookmark the permalink.