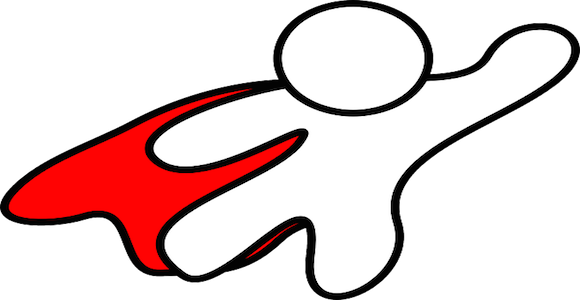 We’ve all heard the phrase, “the hero’s journey.” Much has been written about the steps in this journey and the nature of the hero himself. What is usually assumed is that the “hero” is an elemental character who possesses certain essential attributes. In fact, there are four truly essential attributes of the stereotypical hero…

1. He is the Protagonist

2. He is the Main Character

3. He is the Central Character

Traditional writing theory uses these terms more or less interchangeably. But we are using them as descriptors of completely different attributes that make up the stereotypical “Hero.”

It really isn’t important what we names we use. What is important is that there are four distinct qualities that are combined to create a hero. So, if you use any of these terms in a different way, that’s fine. For our purposes, we need to (at least temporarily) agree on a common vocabulary so we can efficiently discuss the attributes themselves.

So, throughout this article we shall assume that the following definitions hold true:

The Main Character is the most empathetic character – the one with whom the audience most closely identifies; the character the story seems to be about.

The Central Character is the most prominent character – the one who stands out most strongly among the players.

Putting it all together then, a hero drives the story forward, represents the audience position in the story, it the most prominent character, and tries to do the right thing.

Typical heroes include Dr. Richard Kimble in The Fugitive, Harry Potter, Clarice Starling in Silence of the Lambs, and Erin Brockavich.

Many writers are taught that they need to have a hero. Problem is, heroes in stories should be just about as rare as they are in real life. They do occur; they just aren’t the only option.

Now for the fun part…

These four heroic attributes aren’t necessarily tied together. In fact, they can be swapped for other attributes, distributed among several characters and even put together in different ways!

For example, suppose we change one attribute and create a character with the following four qualities:

Now we have the typical anti-hero (in the popular vernacular). Such a character would drive the plot forward, represent the audience position in the story, be the most prominent, but represent a negative moral outlook.

James Bond is such a character. He did not instigate an effort; he is responding to an effort begun by the villain! In almost every Bond story, the villain is actually the driver of the plot – the proactive one – the Protagonist by definition, while James Bond is perpetually reactive, trying to put an end to the evil scheme.

In a future tip we’ll take apart the stereotypical “Villain” and see what he is made of!