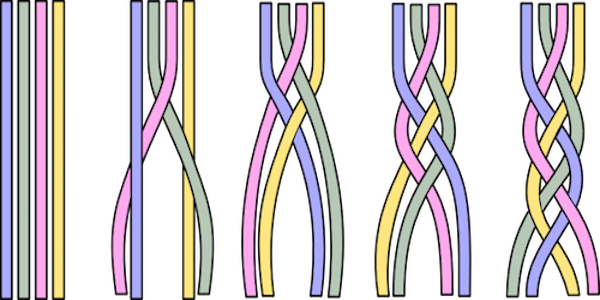 The Objective Story is the big picture – the situations and activities in which all the characters are involved.  In To Kill A Mockingbird the Objective Story Throughline explores opinions in a small 1930s southern town where Tom Robinson, a black man, is accused of raping a white girl . Though he is being brought to trial, many of the town folk think this case should never see trial and the defendant should just be lynched. Defending Tom Robinson is Atticus Finch, a well-respected lawyer (played by Gregory Peck in the movie version).  The father of the ostensibly-raped girl, Bob Ewell, leads a mob to murder Tom Robinson, but Atticus stands firm against them.  Enraged, Ewell seeks to hurt Atticus children in revenge.  This makes Atticus the protagonist of the story and Bob Ewell the Antagonist.

The Main Character is the one we identify with, the one whom the story seems to be about at a personal level.  In To Kill A Mockingbird Atticus’ young daughter, Scout in the Main Character, and her throughline describes her personal experiences in this story.  We see this story of prejudice through her eyes, a child’s eyes, as she watches her father stand up against the town and Bob Ewell.  It is because we stand in her shoes, that makes her the Main Character.  Though the story is about the trial and about prejudice, it feels like it revolves around her impressions of it.  But Scout has many issues of her own as well, not the least of which is Boo Radley, the monstrous child-killing boogey man who is locked in the basement of his family’s home on Scout’s street.

The Influence Character is not the antagonist but the character who most influences the Main Characters outlook and feelings.  In To Kill A Mockingbird Boo Radley is the Influence Character, the reclusive and much talked about and dangerous crazy man living down the street from Scout. The rumors surrounding this man, fueled by the town’s ignorance and fear, makes scout concerned for her safety and along with anyone else, tends to hold him in derision.

The Subjective Story is the tale of how the Influence Character and Main Character change each other over the course of the story.  One will be forced by their interactions to grow in their steadfast outlook.  The other will be affected by that steadfastness to ultimately change to adopt the outlook of the other.  This is the heart of a story’s message.  In To Kill A Mockingbird the Subjective Story centers on the relationship between Scout and Boo Radley. This throughline explores Scout’s prejudice against Boo’s solely by virtue of heresay. Boo has been constantly active in Scout’s life, protecting her from the background, ultimately saving her and her brother from Bob Ewell. When Scout finally realizes this she changes in her feelings toward him, thereby strongly supporting the story’s message that it is very easy to fall into prejudice for anyone, if we judge people by what we hear, rather than what we have determined from our own first-hand experience.