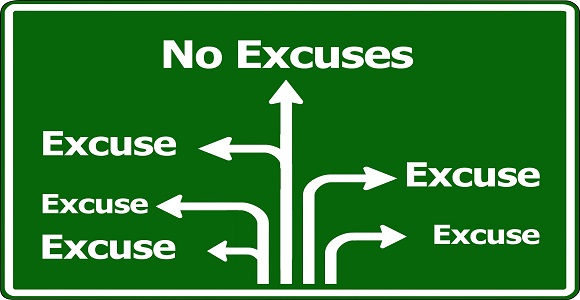 When a child comes up with a false reason for some small transgression, we know he is just making an excuse to avoid punishment or to side-step a negative emotional response. Adults continue to make excuses; they just do it in a far more sophisticated way.  What’s more, we often make excuses to ourselves, convincing ourselves that a particular course of action is best, even though deep down we know it really isn’t.

So how and why do we play these mental games?  How exactly does this work in our own minds, and how should it work in the minds of our characters if their motivations are to come off as those of real people?

The answers to these questions lie in in a mental process called justification.  Justification describes the internal mechanisms we use to shift the truth of a situation in order to create a more favorable interpretation.  This can cover up a mistake, but it can also help us find a way around restrictions that really aren’t absolute.

The tale of the Gordian Knot is a good illustration how justification can uncover a solution to a seemingly unsolvable problem.  In the story, Alexander the Great encounters an intricately tied knot where the ends are worked inside so there is no apparent way to part the two ropes.  Legend foretold that whomever could part the ropes was destined to become the emperor of all Asia.  After examining the knot, Alexander simply drew his sword and cut the knot in half, thereby separating the two ropes, since there were no stated restrictions on exactly how the ropes needed to be parted.

Today, we call this “thinking outside the box,” meaning that we put aside the context normally used to frame an idea and look at it from a whole new perspective.  But how does this work in stories?  This exact same technique was employed in Raiders of the Lost Ark when the assassin comes at Indy with a sword and our hero just pulls his gun and shoots him.

The point here is that while justification can be used to make excuses, it can also open one’s mind to new solutions to previously unsolvable problems.  But not all justifications are just about shifting perspective about a current situation.  These same techniques can be employed when considering how a situation may change in time.

For example, of the three little pigs, the who built his house of brick put in a lot more work than was needed for any current problem, but considered what might be needed for an unknown problem in the future.  Every squirrel that buries nuts for the winter, rather than eating them all now is justifying, and the story of the Grasshopper and the Ant (google it) illustrated the folly of paying attention only to the here and how.

In real life, every retirement fund or medical insurance policy is a justification that actually creates difficulties in the present by limiting resources in expectation of a future need that may never actually materialize.

Of course not all justifications are of such life-changing import.  Imagine, for example, a person, we’ll call him Joe,  who has a friend come to visit for the weekend.  Joe has a great time with the visit but in the morning when he goes to water his plants, he discovers his friend has parked in such a way to block easy access and he must walk around the long way to do the job.

Joe’s first reaction is mild anger at his friend for the inconvenience.  Almost instantly, he regrets feeling that way as he knows his friend was unaware of the issue.  So, he is able to dissipate some of his negative feelings by re-contexualizing the issue spatially with the notion that he would rather have his friend visit and have the problem than have his friend not visit.

But, this only balances the emotional inequity by saying the benefits outweigh the costs.  So, Joe is still left with negative feelings due to the emotional value of his friend’s visit that is now being lessened by deducting the emotional cost of the inconvenience.  Then Joe, while watering, tries a another justification by considering that he is a little out of shape and the extra exertion will do him good in the long run.

This shift in context is based in truth, so Joe now feels good about the extra walk and along with his first justification that salved his feelings, he has finally fully eliminated his negative emotions and now has an overall positive cost-free perspective of both his friend’s visit and of the inconvenience.

But, there’s still a problem of a different sort remaining.  Since the emotional inequity has now been eliminated, so too has the potential for further motivation also been removed.  The end result is that Joe will not now consider buying a new hose to avoid the long walk around, which would have solved the problem once and for all for every visitor he receives in the future.

Bottom line – justification is neither good nor bad, except in context.  It may eliminate emotional negatives, but it can also eliminate motivation.  By understanding the mental mechanisms by which justifications are created, we can provide insight into our characters, furnish them with believable balanced motivations, and offer valuable understanding for our readers/audience through the voice of the Wise Author.

And, by turning this understanding upon ourselves, we can learn to recognize these mental patterns within ourselves as they happen, allowing us to make a conscious decision as to the best context for our purposes, rather than subconsciously falling into habitual patterns  of justification, regardless of their effectiveness in the current situation and circumstances.