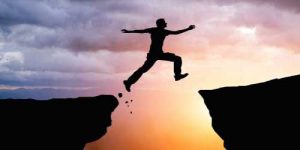 Your main character doesn’t have to change in order to grow; they can grow in their resolve not to change.  Some characters, like Scrooge in A Christmas Carol or Rick in Casablanca , do change, while others, like Rocky in Rocky or William Wallace in Braveheart, hold onto their beliefs.

Either way, your main character will face increasing pressure to alter his or her belief system, moral outlook, or manner of thinking as the story progresses.  At the climax, they may stick to their guns and hold on to their beliefs, having faith that in the end this will resolve their personal problems because those beliefs have always worked before.  Or, they may become convinced they have it wrong, at least in this particular situation, and they abandon their previous beliefs to embrace an alternative way of thinking and/or feeling about the situation.

For the character, there is no way to tell which way of choosing will lead to a positive outcome and which will lead to personal disaster.  That is why such a choice is referred to as a “leap of faith.”

Yet not all stories require the character to make a conscious choice to change or not at the climax.  Sometimes, a character’s belief system is changed gradually over the course of the story, and they may not even realize it has happened.  It is only at the climax that the readers or audience may see that the main character responds differently than they previously had, showing that the story-long experience has finally reached a point at which the character simply tips the other way.

In fact, the character may never realize they have changed.  But, the readers or audience need to know or there really is no message for the story.  The message is made by the author showing, after the climax, whether it was the right path for the character to have changed or to have remained steadfast.

In summary, if you want a strong message for your story, you need to be clear as to whether or not your main character has changed and also whether that led  to a better or worse personal situation in the end.

StoryWeaver will take you step-by-step from concept to fully developed story.  More than 200 interactive Story Cards (TM) guide you through each step and automatically reference your work on previous steps.  So, your story is constantly evolving as you revise, refine, and fold each version into the next.

With our 90 day money-back guarantee you can try StoryWeaver risk-free.

And, even if you choose not to keep it, you still get to keep our Writer’s Survival Kit Bonus Package!