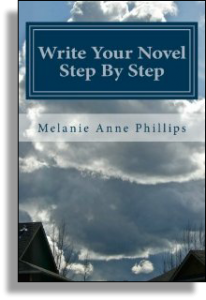 Write Your Novel Step by Step

Go to Table of Contents

While the protagonist attempts to accomplish the goal, the antagonist seeks to thwart that effort, either preventing the achievement or by achieving it himself.

These efforts have nothing to do with whether the antagonist is a good guy or a bad guy.  For example, in most James Bond films, the Villain is the protagonist, for it is he who initiates a plan, thereby driving the plot.  Structurally, James Bond himself is an antagonist, since he tries to return things to the status quo.

So, who we cheer for and our moral prerogatives are really not involved in this choice.

Referring to your cast of characters, your plot synopsis and the refinement of your protagonist you wrote in the last step, pick one of your existing characters as your antagonist and describe how he, she, or it is focused on preventing the protagonist from achieving the story goal.

In the off chance that none of your characters can easily fulfill the role of antagonist, return to the character development steps and create a new character specifically for this task.

This entry was posted in Archetypes, Protagonist & Antagonist, Story Development, Write Your Novel Step by Step, Writing Tip of the Day. Bookmark the permalink.