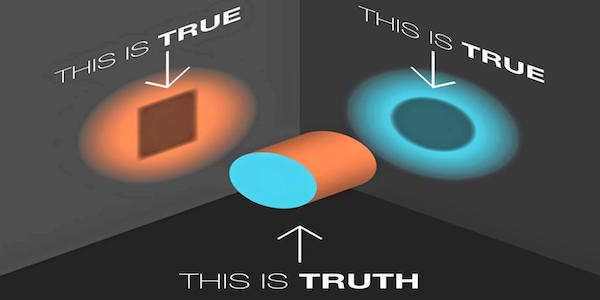 Context is in a constant state of flux. If something has always proven true in all contexts up to this point then one is not conscious of entering a whole new context. Rather, as we move in and out of contexts, a truism that was ALWAYS true may become mostly true, sometimes true, or no longer true at all. It may have an increasing or decreasing frequency of proving true or may tend toward being false for a while, only to tend toward being true again later.

The important thing for your characters is to recognize that they (like us) are just trying to discover what the truth is so they can make the best possible choices for themselves.  It is the difference in personal experience that leads to all dramatic (and real world) conflict.

To make your characters more human and to provide them with valid reasons for their actions and perspectives, you need to tell your readers or audience not where each character is coming from, but how they got to that belief system to begin with.

Let me now add a short addendum to this excerpt from the Dramatica Book….

And finally, you may wish to support this poor philosopher and teacher of narrative by trying our Dramatica Story Structuring Software risk-free for 90 days, or my StoryWeaver Step By Step Story Development Software, also risk-free.