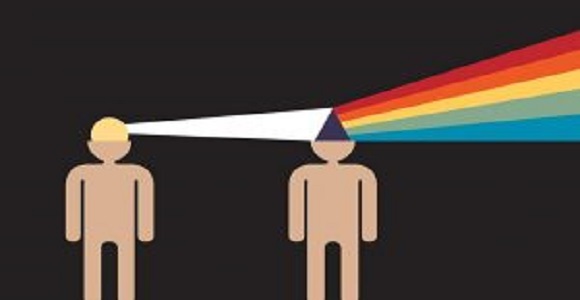 To get a better feel for the Influence Character, let’s look at how they are employed in some well-known stories.

In A Christmas Carol, the ghosts (collectively) carry the message of that moral philosophy opposite to that of Scrooge.  Like runners in a relay race, Marley’s ghost, followed by Past, Present, and Future, advance the argument that scrooge must change.  By the end of the story, he is convinced and his very nature is altered.

Without the ghosts the story would just be about Scrooge learning on his own that maybe there’s a better way, but much of the passion of the story and the power of the message would be lost.

Message in A Christmas Carol:

Have compassion and generosity for the less fortunate.

In the original Star Wars movie (Episode IV), the Influence Character is Obi Wan who pressures Luke to reach his potential and eventually brings Luke to a point of change and trust in his new-found abilities with the force.

In Silence of the Lambs, Hannibal Lecter is the Influence Character who forces Clarice Starling to confront her personal demons (the slaughtering of the spring lambs) that led her to try and save others with a job in law enforcement – “Tell me, Clarice, are the lambs still screaming?”  Clarice does not change for she cannot let go of her pain –  “You know I can’t do that doctor Lecter” and so she remains steadfast in her belief system.

Lecter is the Influence Character but the Antagonist is Jamie Gumm – the man who kidnaps the women including the senator’s daughter whom Clarice is trying to save.   And so, we can see that the philosophic argument is independent of the effort to achieve the story’s goal.

Message in The Silence of the Lambs: Let it go, or be forever driven by pain.

In The Fugitive with Harrison Ford, Tommy Lee Jones (Federal Marshall Gerard) is the Influence Character, and does not care if his target is guilty or innocent: Kimble: “I didn’t kill my wife!”  Gerard: “I don’t care!”  But Kimble does care.  In fact, he endangers himself and risks his freedom to help others whenever the opportunity presents itself.

Message in The Fugitive: No matter what the risk, continue to help others.

So, as you can see, without an Influence Character there will be no story-long passionate argument regarding which way of seeing the world is the better way, and therefore there is no clear message to the reader or audience.

There is nothing wrong with that combination, but it is like always making the story about the quarterback in a game of football but never telling the story of one of the linemen or the water boy or the coach or the quarterback’s wife.  So, if you want a typical hero, make your Protagonist also your Main Character.  But if you want to tell a story where the Main Character is allowing us to look at the Protagonist from the outside and to observe him, then you enable a story such as To Kill A Mockingbird in which Atticus is the Protagonist  who is trying to defend the black man wrongly accused of rape in a 1930s town in the South but the Main Character is his young daughter Scout, who gives us a child’s-eye view of prejudice.

If you have a hero who is both Protagonist and Main Character, it can be dangerous to have your Antagonist be the Influence Character because then both the philosophic argument and the struggle over the goal is between the same two characters, mixing the conflicts together and muddying the message for your readers or audience.

In addition, as an author, you can get so wrapped up in the combined passionate lines between these two characters that you don’t fully connect the story points of either argument, leaving gaps that will be seen (or at least felt) by your readers or audience as holes in your story.  If those gaps aren’t filled, you essentially have a melodrama in which you don’t make either argument completely yet profess your message at the end as if you did.

For example, in the movie, Witness, with Harrison Ford, he plays the Protagonist – a cop trying to protect the only witness to a murder: the young son of an Amish Woman, played by Kelly McGillis, who is the Main Character.

So here, the Protagonist and the Main Character are two different people.  Ford (as Protagonist) strives to protect the boy against the crooked cop who wants the boy killed (the Antagonist).  That’s the Goal.

McGillis (as Main Character) shows us the story through her eyes – the most passionate view – as she grapples with a personal decision to remain with her people (the Amish) or to move away with her son for a new life out “among the English” in the big city.  That’s the message argument.

Initially, McGillis is determined to stay, but as Ford remains in her community, showing his human side and participating in activities such as barn raising, she begins to fall in love with him and is tempted to change her mind and make a life with him on the outside.  Ford, therefore, is the Influence character as well as the Protagonist, as it is his influence that  draws her to a point of decision about leaving.

And so, a dramatic triangle is created by making Ford both Protagonist and Influence Character with the other two points of the triangle being the Main Character of Kelly McGillis, and the Antagonist who is trying to kill the boy.

Both the plot line toward the goal and the heart line toward the message are separate and easily followed, yet both hinge on Ford, making him the most central character, even though he isn’t the Main Character.

And so the message is made:

Sometimes it is better to stay in the safety of your extended family than to leave to explore the larger world, no matter how tempting it is.

In summary, without an influence character your story will lose the entire passionate argument leading up to the point of choice in which your story’s message should be made.  Without an argument, any perspective you are trying to convey will come across as moralizing that is tagged on rather than integral to the growth of your Main Character.

1. Write down a single sentence that describes the moral or message you want your story to convey.

2.  Describe the two sides of that issue such as “Greed vs. Generosity” or “Campassion vs. Self-Interest.”

3.  Outline how your Main Character is locked into a viewpoint on one side of that issue.

4.  If you already have an Influence character, outline how it is locked into the opposing viewpoint.

5.  If you don’t yet have an Influence character but have other characters in mind, briefly describe the core belief system of each.

6.  If one of your characters is in direct philosophic opposition to your Main Character, select it as your Influence Character.

7.  If none of your existing characters fits the bill, you’ll either need to choose one who can be reworked to represent the opposing point of view to that of the Main Character or you will need to develop a new character specifically for that job.

8. Once you have your Influence Character, Find as many places in your plot as you can to smoothly bring your Main and Influence Characters into conflict over their opposed philosophies, whether it be as advice from one to the other, as an argument, or just by example – having the Main Character see the Influence Character act in a different manner than he or she would in that situation.

9.  Over the course of your story, bring your Main Character to a point where he or she must choose either to stick by their guns and hold to their original outlook, believing that their troubles will be resolved if they just remain steadfast long enough,  or choose the Influence Character’s alternative view, believing that it holds a better chance to resolve the Main Character’s personal issue.

10.  In the end, your Main Character may grow in their resolve to remain steadfast or grow to a point of change.  But regardless of how they go, their choice may be right or wrong for resolving their personal issue.  This provides you with many ways to prove your message:
Change is good, Change is bad, Steadfast is Good, Steadfast is Bad.  Any of these are legitimate; it just depends on the flavor of the message you are trying to send.

11.  Don’t forget that if your Main Character Changes, your Influence Character will remain Steadfast, and vice versa.  The idea is that one philosophy will trump the other so that both character will, in the end, share the same philosophy.  And then you show your readers or audience if that’s was the right choice by showing how it all turns out at a personal level.

12.  Keep in mind that whether or not the goal is achieved in a story has no bearing on whether of not the Main Character resolves his or her personal issue.  So, you can have a happy ending in which success is matched with happiness, a tragedy in which failure is matched with personal anguish, or a bitter-sweet ending in which success is achieved but with personal anguish or failure is the result of the effort to achieve the goal but with the Main Character finding peace or joy in the end.

Now you know the nuts and bolts of the role and function of the Influence Character, but what does that feel like in a actual stories?  To provide some insight into how it all plays out, here’s a video clip to illustrate the nature of Influence Character and its relationship to the Main Character in regard to the message issue:

I hope you have found this article useful and, if so, that you might try the StoryWeaver story development software I created or the Dramatica story structuring software I co-created.  Try them risk-free.