Throughlines and How to Use Them! 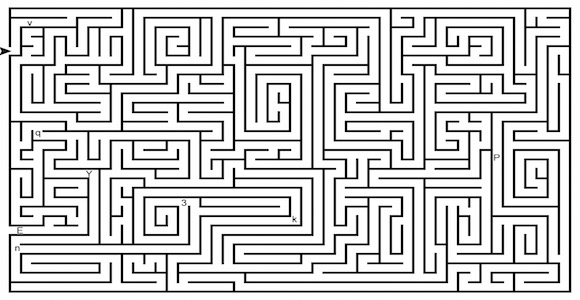 Some time ago I write an article that described the difference between the two basic forms of story structure with the following phrase:

You spin a tale, but you weave a story.

A tale is, perhaps, the simplest form of storytelling structure. The keyword here is “structure.” Certainly, if one is not concerned with structure, one can still relate a conglomeration of intermingled scenarios, each with its own meaning and emotional impact. Many power works of this ilk are considered classics, especially as novels or experimental films.

Nonetheless, if one wants to make a point, you need to create a line that leads from one point to another. A tale, then, is a throughline, leading from the point of departure to the destination on a single path.

A story, on the other hand, is a more complex form of structure. Essentially, a number of different throughlines are layered, one upon another, much as a craftsperson might weave a tapestry. Each individual thread is a tale that is spun, making it complete, unbroken, and possessing its own sequence. But collectively, the linear pattern of colors in all the throughlines form a single, overall pattern in the tapestry, much as the scanning lines on a television come together to create the image of a single frame.

In story structure, then, the sequence of events in each individual throughline cannot be random, but must be designed to do double-duty – both making sense as an unbroken progression and also as pieces of a greater purpose.

You won’t find the word, “throughline” in the dictionary. In fact, as I type this in my word processor, it lists the word as misspelled. Chris Huntley and I used the word when we developed the concept as part of our work creating the Dramatica theory (and software). Since then, we have found it quite the useful moniker to describe an essential component of story structure.

Throughlines then, are any elements of a story that have their own beginnings, middles, and ends. For example, every character’s growth has its own throughline. Typically, this is referred to as a character arc, especially when in reference to the main character. But an “arc” has nothing to do with the growth of a character. Rather, each character’s emotional journey is a personal tale that describe his or her feelings at the beginning of the story, at every key juncture, and at the final reckoning.

Some characters may come to change their natures, others may grow in their resolve. But their mood swings, attitudes, and outlook must follow an unbroken path that is consistent with a series of emotions that a real human being might experience. For example, a person will not instantly snap from a deep depression into joyous elation without some intervening impact, be it unexpected news, a personal epiphany, or even the ingestion of great quantities of chocolate. In short, each character throughline must be true to itself, and also must take into consideration the effect of outside influences.

Now that we know what a throughline is, how can we use it? Well, right off the bat, it helps us break even the most complex story structures down into a collection of much simpler elements. Using the throughline concept, we can far more easily create a story structure, and can also ensure that every element is complete and that our story has no gaps or inconsistencies.

Before the throughline concept, writers traditionally would haul out the old index cards (or their equivalent) and try to create a single sequential progression for their stories from Act I, Scene I to the climax and final denouement.

Once you get started, its easy to see the value of the throughline approach, and just as easy to come up with all kinds of uses for it.

This entry was posted in Novel Writing, Plot, Writing Tip of the Day. Bookmark the permalink.